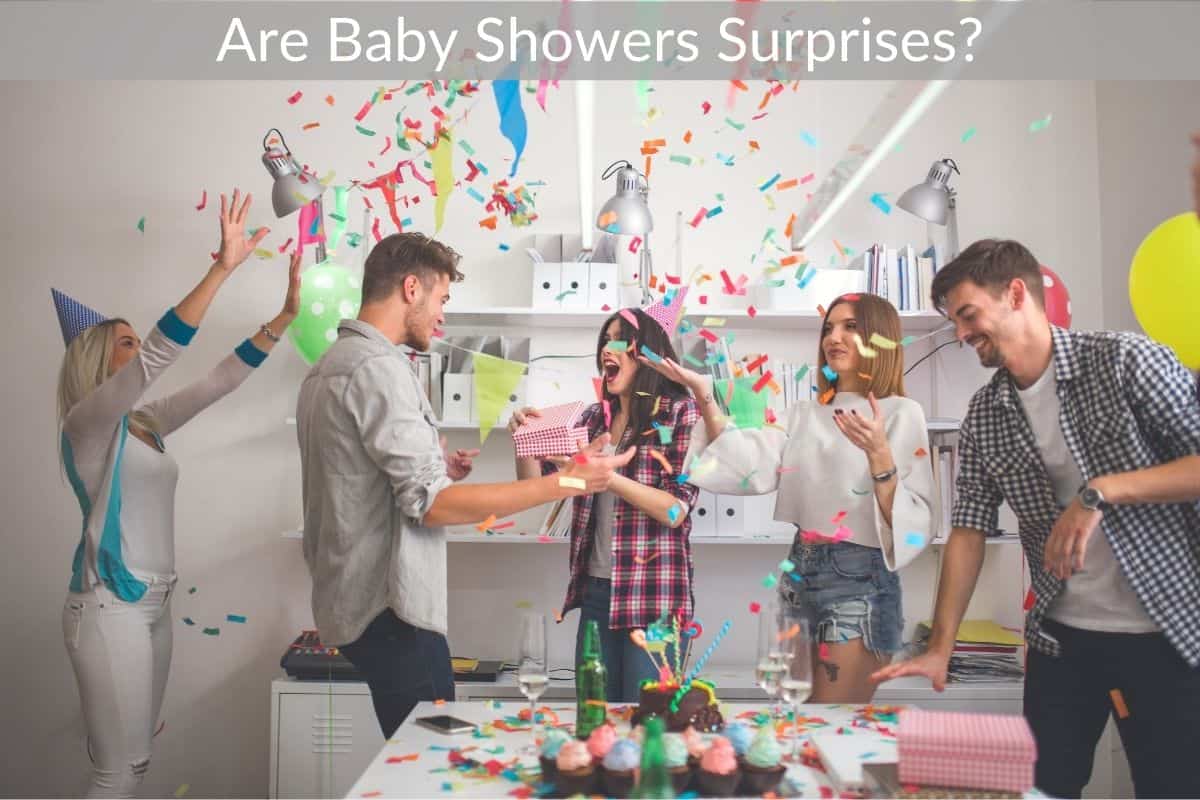 Throwing a baby shower party for a friend or loved one is a big task. You love them and want to throw a party to celebrate that they are a mom-to-be.

Is your baby shower supposed to be a surprise or should she know?

It is normally best to let mom-to-be know ahead of time about the baby shower. Surprises already mess with people’s emotions, now add being pregnant on top of that and it can be a real whirlwind of emotions that might make her feel uncomfortable or embarrassed.

If you know that mom-to-be likes surprises, you can most definitely throw a surprise shower. Here are some tips to follow when throwing a surprise baby shower.

Some parents prefer to have the baby shower after the baby is born. This is also something to consider when throwing a surprise baby shower.

What Should You Not Do When Hosting A Baby Shower?

Planning a baby shower is some tough work. Even if you have held and hosted baby showers before, there are still a lot of moving parts. It can be especially daunting if you have never hosted a party before.

Do Include Mom-To-Be In The Planning

If you are not throwing a surprise baby shower, it is best to include mom in all the planning. See if she would prefer a shower before or after the baby’s birth.

While most showers are held a month or two before the due date, it is up to the parents when they would like to have the shower. You will also want to make sure that the mom is feeling well enough to have a shower.

Some expectant mothers are placed on bed rest and wouldn’t be able to make it to a shower. It would be best to make sure that your guest of honor is feeling well enough to make it to the shower.

Do Extend An Invite To The Father-To-Be

While he may not accept the invite, it is still polite to extend an invitation to him. Traditionally, it is women only at the shower but it’s good to invite both.

Some cultures prefer that the whole family, men included, help celebrate the parents-to-be.

Not everyone loves a good party game, but nobody likes a humiliating one. Mom-to-be might not want people guessing the circumference of her belly.

This game might be best to avoid as not to embarrass the mom. The “smell the poop” game might make quite a few of your guests feel uncomfortable and discourage participation.

You will want to find games that aren’t embarrassing and that everyone can play. A few suggestions are Baby Bingo, Guess the Price, or Guess Who.

Guests who need to leave can and those who want to stay can as well.

What Is The Purpose Of A Baby Shower?

Every party has a purpose. Birthday parties are there to celebrate one’s birth.

What is the purpose of a baby shower?

The purpose of a baby shower is to celebrate the new life that is about to be. The shower is also designed to help equip new parents with all the things they might need.

Having a baby is quite expensive and the shower can help alleviate some of those expenses.

New parents only have 9 months to get ready for a new addition to the family. They need clothes for their new child, a bed to sleep in, diapers, wipes, bottles, teethers, diaper rash cream, car seats, strollers, etc.

All of this can add up and be stressful monetarily for new parents. The purpose of the shower is not only to show love to the new parents and baby but to help a bit with financial support as well.

Do Husbands/Fathers Go To The Baby Shower?

Before this time, it was customary to have birthing parties. Female friends and family would come to support the mother when labor began.

Throughout the labor, the friends and family would tell jokes and hold a lively conversation to help distract her through labor pains.

The baby shower is more or less to shower the baby and expectant mother with gifts and things that they need. It was believed that the fathers weren’t really all that interested in a party where he wasn’t really involved.

Now that fathers are seen as being more involved in all aspects of pregnancy and birth, is it okay if the father attends the baby shower?

The tradition of only females attending baby showers was the long-standing norm. It wasn’t until recent years that it has been acceptable for fathers to start attending the baby shower.

While the father may not receive any gifts, he can still enjoy seeing all the love shown to his wife and child. Ultimately it is really up to the mom-to-be if she wants to stay traditional and just invite other ladies or if she prefers entire families to come.

You can throw a surprise baby shower, but it might be best to have the father-to-be in on the surprise too.

This way you can know if she is well enough to come to the shower and can be dressed up for it as well.