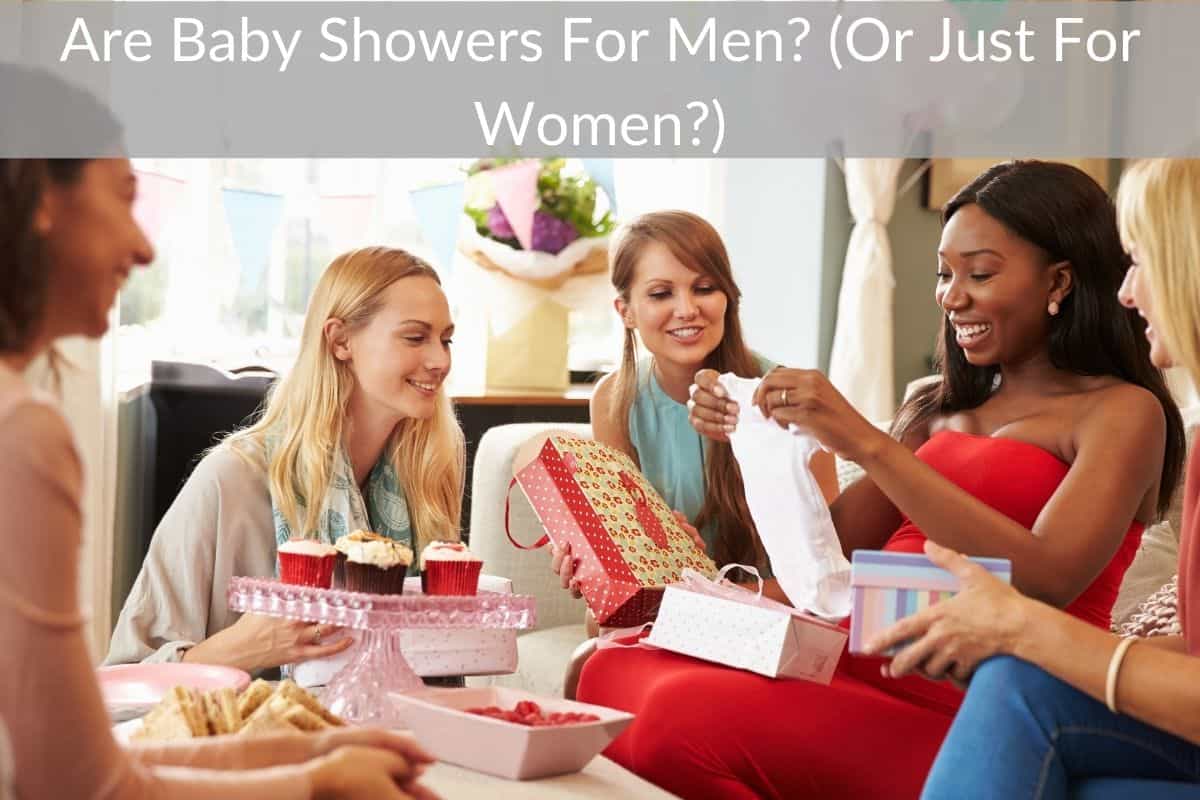 Baby showers are special for expecting mothers who are about to welcome a new baby into the world. This party involves activities, food, and gifts and all revolves around the mom-to-be and her baby.

Family and friends of the mother attend the special get-together. The women enjoy talking and playing games along with eating some dessert.

Baby showers are typically for women but can men attend, too?

Typically baby showers are for the mom-to-be and usually there are only women in attendance. However, in recent years, the father-to-be and male friends and family have come to baby showers, too.

When it comes to parties, there have been rules in the past about what is proper etiquette. Baby showers are no exception to this.

Historically, baby showers were exclusively for women and men did not attend the party. Now, men have been known to attend the shower to be there for their family or friends who are having the baby.

It is also common to see the father of the baby attending the baby shower with the mother. With men in attendance, the baby shower won’t be as feminine focused but it still can be done as it has become more common in recent years.

Depending on the preferences of the parents, a baby shower can be whatever they’d like. It can be

a fancy and exclusive event with all of the decorations and frills or it can be a casual and intimate get together with just family and friends.

If the mom-to-be wanted the father in attendance then that is perfectly acceptable. If she wants male family and friends to be there, too then that is completely up to her,

After all, it is her party. It can be special for the father-to-be to come to the baby shower too, so he can enjoy all the gifts and everything with his partner.

So, while baby showers are traditionally for the mom-to-be, men can attend if invited. To see the most popular baby shower themes just click here.

Who Normally Attends A Baby Shower?

Baby showers are important for family and friends to show the expecting mother how much they care about them. It’s a great way for the mom to de-stress and spend time with those she loves.

So, who normally attends a baby shower?

Family and friends of the expecting mom are typically invited to baby showers to celebrate the arrival of her new baby. Usually it is only women in attendance although in recent years men have attended as well.

It’s important to get the mom-to-be’s opinion on who should attend the baby shower. She may only want to invite certain people and stick to the traditional female only party.

Then again some women won’t care as much and are happy to have the father-to-be and male family and friends there, too. The hostess or expecting mother can invite whoever they want to come to the baby shower and those that are invited are the ones that attend the special event.

In the article they state, “Naturally, close friends and family members should be at the top of the guest list. Beyond that, only choose guests who would gladly celebrate the mother-to-be and buy her a gift. You should certainly consult with the guest of honor and let her invite whomever she wants…Ask the mom-to-be about her preferences on the matter.”

While talking about who should attend a baby shower, let’s talk about men joining in on the fun. While years ago, this was never done, today it is becoming more popular.

The article from Parents makes a good point about men attending a baby shower when they go on to say that, “It’s becoming increasingly common to include men—friends, spouses, and relatives—on the guest list.”

The people who attend a baby shower all come down to who was invited to join in on the celebration and who the mother-to-be wants to be there.

Do Men Want To Go To Baby Showers?

In the past, women were the only ones invited to baby showers. Recently, this has changed as more men have joined in on the fun. But, do men even want to go to baby showers?

Some men want to go to baby showers so they can experience the celebration with their partner or be there for their family member or friend. Other men prefer to just keep it more traditional (or they don’t want to go to parties at all).

A lot of men want to be at the baby shower with their spouse and see the baby shower as being for them, too. They are the father-to-be and many men play a direct role in raising their children.

Saying this, men can come to baby showers, too. Sometimes the mom-to-be has male family members or friends that she would like to invite and this is okay. You can do whatever you’d like at your baby shower.

The reason why baby showers are traditionally for women is because they would talk about details of childbirth and postnatal care that were unbecoming to talk about in front of men.

But how the baby shower plays out is up to the parents and conversations can stay away from these advice-giving speeches. In that same article I mentioned earlier on Your Baby Shower Etiquette Guide they continue to say,

“…inviting men does change the chemistry of the party. You need to decide whether you want that traditional “female-bonding ritual,”…Also consider the personality of the dad-to-be; some may relish sharing in every aspect of the pregnancy, while others may be uncomfortable with the idea of being a guest of honor at a baby shower.”

All that to say, while some men may want to go to baby showers, others may not. It’s just personal preference.

While some men may want to attend, others may not. It all depends on personal preference on the part of the men and the mom-to-be.

Guests who usually attend a baby shower are those who are invited. Historically, it was just women that attended baby showers but nowadays, men can join the celebration as well.